This article lists our rules and policies regarding the naming of characters.

We have taken into consideration fandom preferences, scanlation usage, and official translations.

The Western naming order should be used over the Eastern order.

This means that forenames will precede surnames.

The spellings given by Yudetamago are considered canon and must be used.

There are times where this becomes more complicated, such as how 'Voltman'/'Boltman' can be read as either, without any consistent English translations or any English version seen within the manga. In these circumstances, we may leave it to administrator discretion, but with room for a community discussion for a change in the "Discuss" section of the wiki (or on article talk-pages).

In a few rare circumstances, the manga is inconsistent with spellings and/or shows confusion with the "l", "v", "x" or "th" sounds in English. Two examples are "Legox" being recorded as "Legocs", and "Kevin Mask" being recorded as "Kebin Mask". Due to clear spellings at other points of the manga, and definitive pre-existing spellings in English (which is also the origin language), the correct English spelling will take priority over the incorrect English used within the few rare times of the manga.

This is because some names are changed in the English dub, as well as some names were changed for the original anime, and this may lead to confusion, such as for example "Kid" referring to both Terry the Kid and Mantaro Kinniku. We also have a wiki policy of canon-only content, with the manga being considered canon, as such it will take priority for names.

Wolfman will be named 'Wolfman' and not 'Rikishiman', as 'Wolfman' is his manga name.

Geronimo will be named 'Geronimo' and not 'Beetlebomb', as 'Geronimo' is his manga name.

Both 'Rikishiman' and 'Beetlebomb' would respectively redirect to 'Wolfman' and 'Geronimo'.

These were for two reasons: clarity (for users) and consistency (for ease of search).

There was a lot of debate in regards to this technique.

A fair few articles may still have "Burning Inner Strength", but we encourage editors to tweak these back to "Fire of Inner Strength" and endeavour to fix all cases over time. 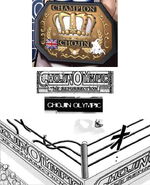 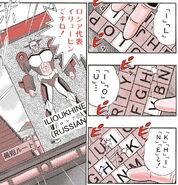