They first appear as a unique chojin group in Kinnikuman Nisei: Part Two. It is shown that they have the power to travel through time, which allows them to alter events in history and create a future to their preference. They can only travel through time once in their lives.

A mutated breed of Brutal Chojin, they have revealed themselves to Alexandria Meat and the others. [1][2] They possess a Majikaku (魔時角,, Demonic Time-Horn), which sprouts from their heads. [3] If this horn is broken off, they gain the ability to travel a single period of time from their preferred period of time, at their discretion. [2] Once the horn is removed, the location of the hole becomes a keyhole-shaped scar and releases a substance that can control time. [2][3] After time-travel, the key-hole remains an open wound. [4]

The power to reverse time is unique to Time Chojin. [3]

The Time Chojin also have the ability to transform parts of their bodies into pieces of a clock (bells, minute hands, etc.), but whether this is an ability exclusive to the Time Chojin is unknown. They are also able to make use of a technique called Acceleration, which enables them to move 0.1 second into the future, and this technique is achieved through the usage of an "Acceleration Mouthpiece". [5]

They also have the ability to manipulate exotic matter, but they can only fully produce this exotic matter once they turn fifteen years old, and to remove their horn before then will use up too much exotic matter, meaning that they will never be able to regain a fully amount and will have a limited amount left to use in their lifetime (as opposed to older Time Chojin, who can regenerate their exotic matter). [5][6]

The Time Chojin are a mutated variation of Brutal Chojin. [2]

At some point in time, Horae Avenir was born among their people. He is said to have been a man with a great sense of justice, which led him to become a leader of his people, and he created a clan of Justice-Time Chojin. He constantly worried that the Magic Time-Horn - which allowed for the ability to time-travel - would be abused by his people and history would be irrevocably altered. They left the Chojin Prisoner Planet, and headed to a new planet that they went on to name Planet Avenir. [2]

At first, no crops would grow or thrive on this planet, but Horae inspired his people to cultivate the land and to grow crops that were plentiful and desired. The Time Chojin grew to be a prosperous, peaceful, and happy people; Horae Minutes passed peacefully in his sleep, and eventually - after two-hundred years - Minutes Avenir became king of their people. They create their own form of wrestling for entertainment. [2]

That is when Thunder and Lightning attack the clan. [2]

They seek to use their ability to wipe out all Justice Chojin, and attempt to kill Minutes Avenir when he objects. [7] After they attack him, they ask his wife to join them, and - when she refuses - they attack her in turn and she helps her husband hold Lightning and Thunder back, as Chaos flees. Chaos runs into the woods, where he finds the grave of Horae Avenir and travels back in time to the Universal Chojin Tag Tournament, but misses his mark by seven years. Lightning and Thunder go back in time and arrive at the tournament. [7]

This begins their part in the Ultimate Chojin Tag Tournament. [1] 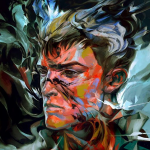 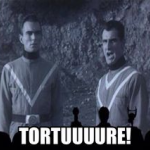